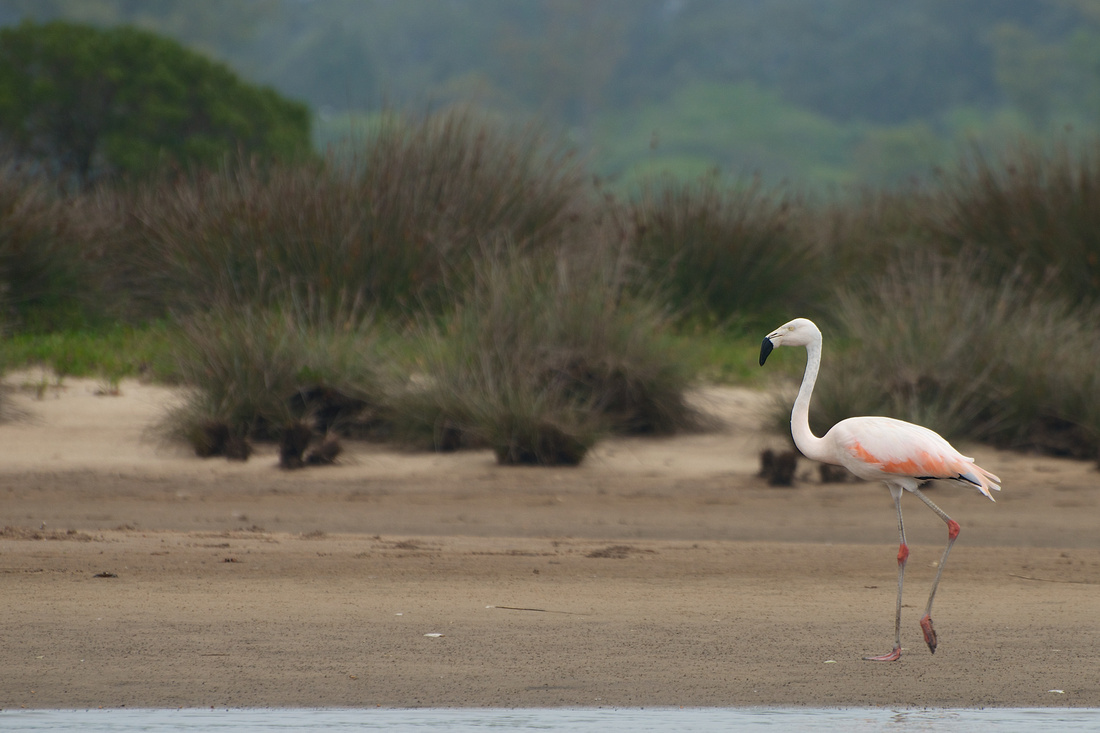 Uruguay is home to Phoenicopterus chilensis, or as it is called in English, the Chilean Flamingo. I had seen flamingos before, but normally only in the Laguna de José Ignacio. A while ago, I spotted this solitary flamingo while kayaking in Arroyo Maldonado, near La Barra. I was intrigued, and at first I thought it probably had lost track of its flock.

A few days later I decided to explore the Arroyo Maldonado a bit more deeply than I had done before. A few kilometers in, I found a colony of flamingos. I was quite surprised, because I live less than 5 kilometers from this spot, as the crow flies. Who would have known...

There are six species of flamingo in the world, of which 4 live in the America's. The plumage of the Chilean Flamingo is pinker than the slightly larger Greater Flamingo, but less so than Caribbean Flamingo. It can be differentiated from these species by its greyish legs with pink "knees", and also by the larger amount of black on the bill (more than half). 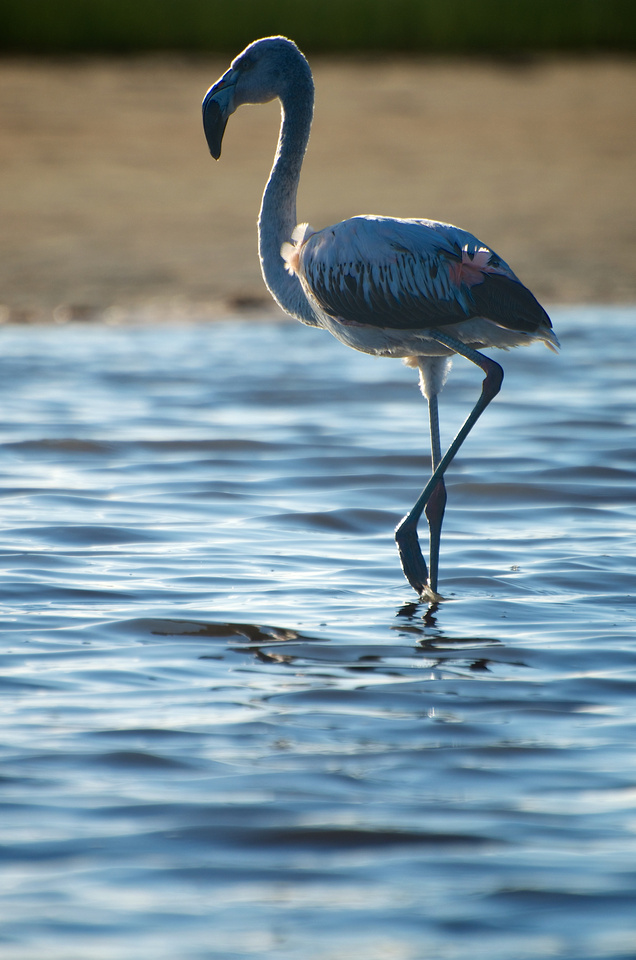 The reason why flamingos stand on one leg is apparently not fully understood. There are several theories, ranging from exotics ones as the supposed ability of flamingos to let half their body sleep to more down-to-earth ones where it would conserve body heat, but none has been proven.

The color of flamingos is greatly influenced by the food intake. The pink color is obtained from carotenoid pigments. However, a Chilean Flamingo is pale pink and will never be as brightly colored as the much more spectacularly colored American Flamingo.