La Patria Gaucha is a yearly rural festival that is held at the beginning of March. Guacho's (the Uruguayan variant of cowboys) from all over Uruguay, and even Argentina and Brazil, are visiting Tacuarembó. They generally dress at their finest, as can be seen above.

The festival has several activities that are interesting to see. One of those is the enactment of "the exodus", an historical event where the followers of the national hero Artigas march together to Salto Chico. The enactment is taken very seriously, people dress exactly as they supposedly did during the real exodus. 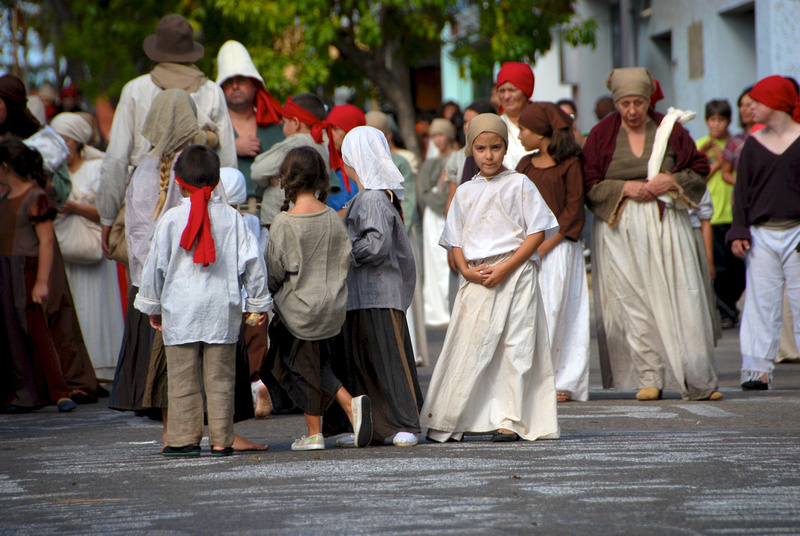 Children during the reenactment of the exodus.

Furthermore, there is a horse parade in which poor and rich and young and old participate. Thousands of people parade through Tacuarembó on horseback. Again, people dress at their finest. Men generally dress in gaucho attire, but they use their best outfit. Most women dress as so called "chinas", wearing long dresses that are carefully laid out over the back of the horse. Every now and then someone yells "Viva la patria!" and everybody joins in. There is a general sense of nationalism that is not very common to see in Uruguay. 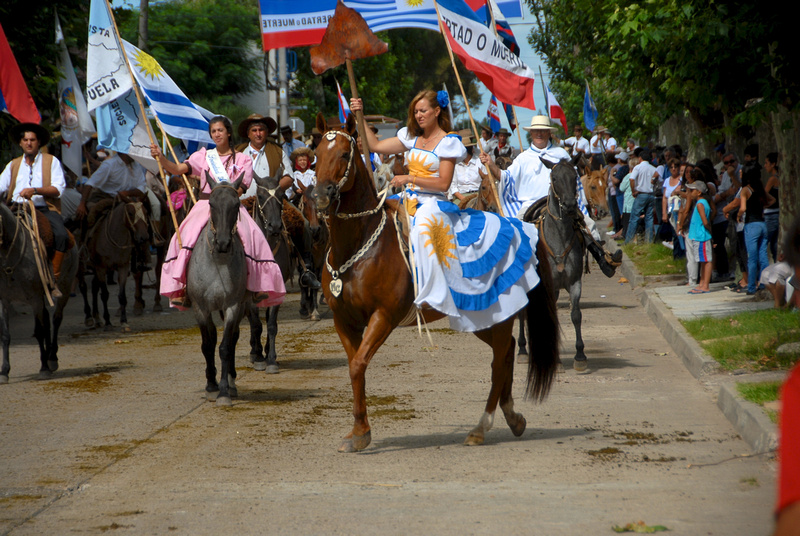 There is a festival area with places selling rural equipment and clothing for gauchos. And last but not least, there is the "doma". This is the Uruguayan variant of a rodeo, and gauchos have to try to sit as long as possible on the back of an untamed horse. 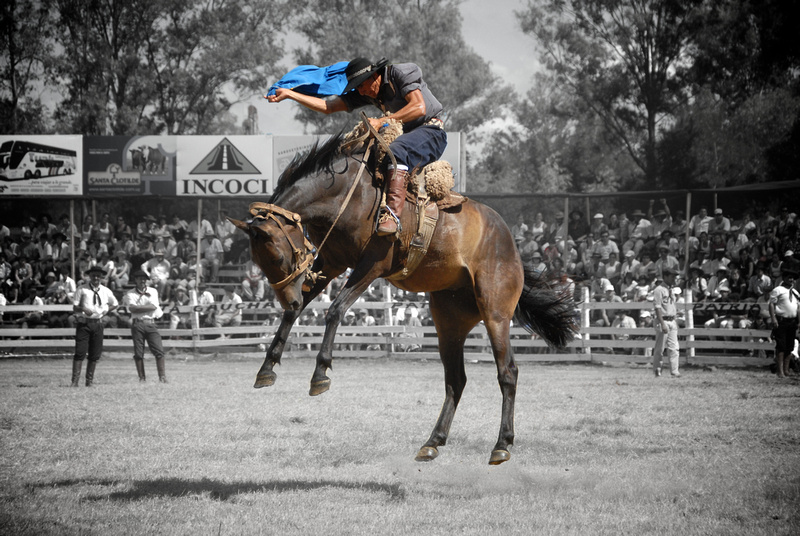 Holding on for dear life

More photos of La Patria Gaucha (2011) can be found here.