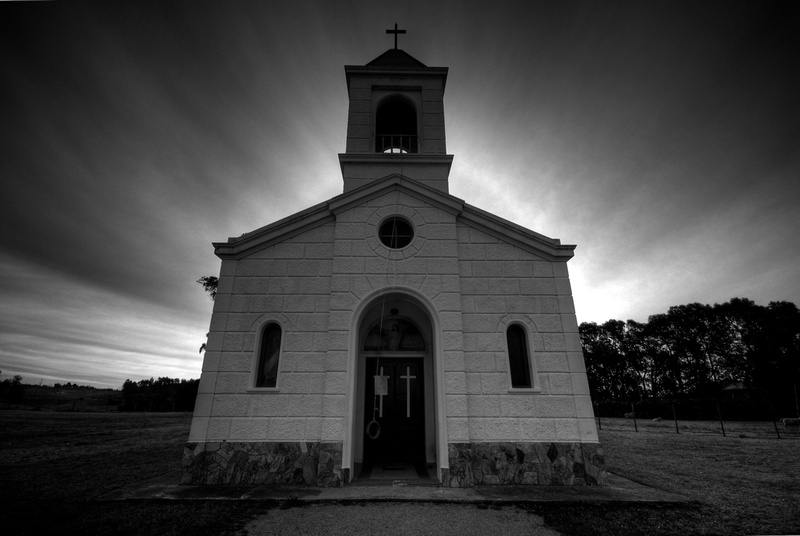 Near Laguna de Sauce, in the provence of Maldonado and at about 20 km from Punta del Este, you can find a small and charming chapel called "Capilla de la Asunción" ("Chapel of the Assumption"). Meant for the people who live in this sparsely populated area, it's very small. The first stone of the chapel was laid in October 1942, and it was inaugurated in August 1943. The chapel was built by neighbors and the priest of this area of that time, called Domingo de Tacuarembó. Apparently he was quite the character, and he managed to motivate the neighbors to donate the parcel, as well as the materials and labor needed to erect this little church. He passed away in 1994, and in the absence of a priest the chapel fell into disuse. 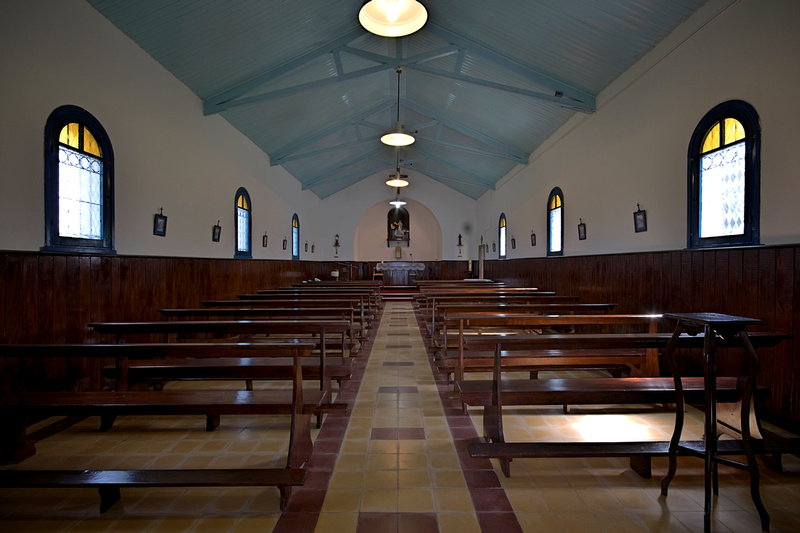 I wanted to take some pictures of the inside of the chapel, so I asked the current caretaker, the deacon, if he could let me in. He let me in immediately and was clearly proud of "his" church. When I remarked upon the well-maintained state of the chapel, he told me that that wasn't always the case. Apparently, after the death of Domingo de Tacuarembó, the chapel was no longer maintained at all. When the current deacon was assigned responsibility over the chapel 8 years ago, bats had taken over the chapel and it had basically converted into a ramshackle. History apparently repeated itself, and again the neighbors helped to restore the chapel to its former state and it now looks better than ever. 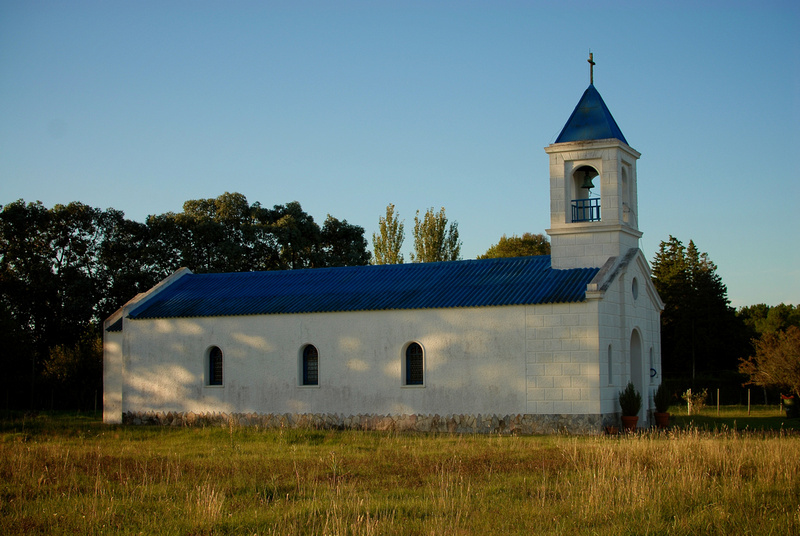