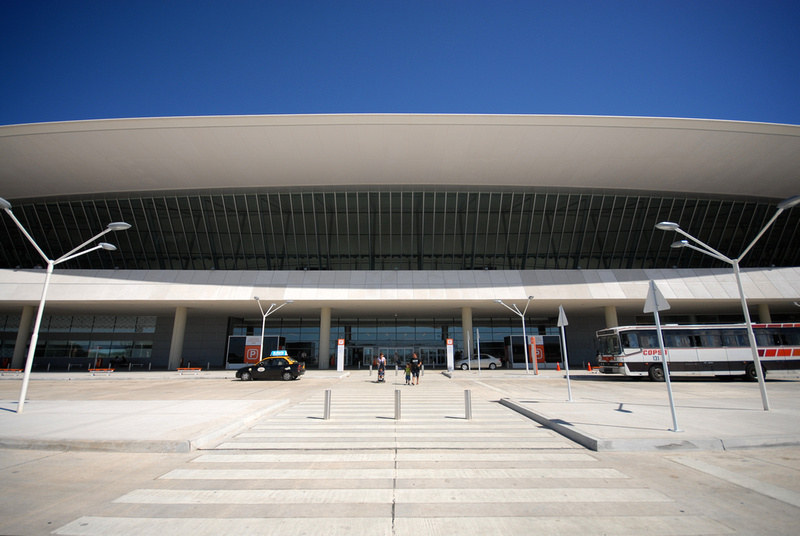 Aeropuerto Internacional de Carrasco (Carrasco International Airport) is the most important international airport of Uruguay. It's called after the neighborhood in Montevideo at which it lies closest to which, rather unsurprisingly, is called Carrasco. The photo above is the entrance to the arrival gate of the new airport, which replaced the old one in December 2009. It was designed by Uruguayan architect Rafael Viñoly. In the photo below you see the entrance to the departure hall. 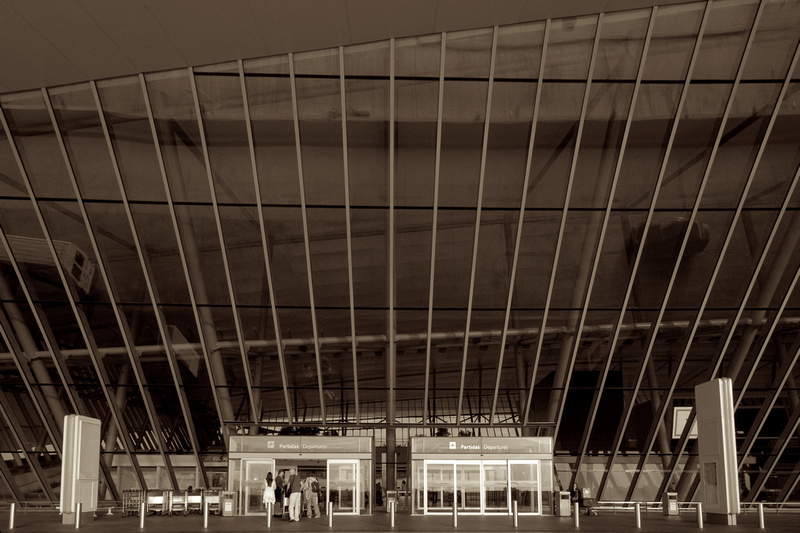 When you arrive in Uruguay by plane and enter the hallway, you are welcomed by a sign saying "Mundo, bienvenido a Uruguay", which means "World, welcome to Uruguay". If you enter the airport from the parking lot, you see a text saying "Uruguay, bienvenido al mundo" meaning "Uruguay, welcome to the world". In the photo below you can see both phrases. 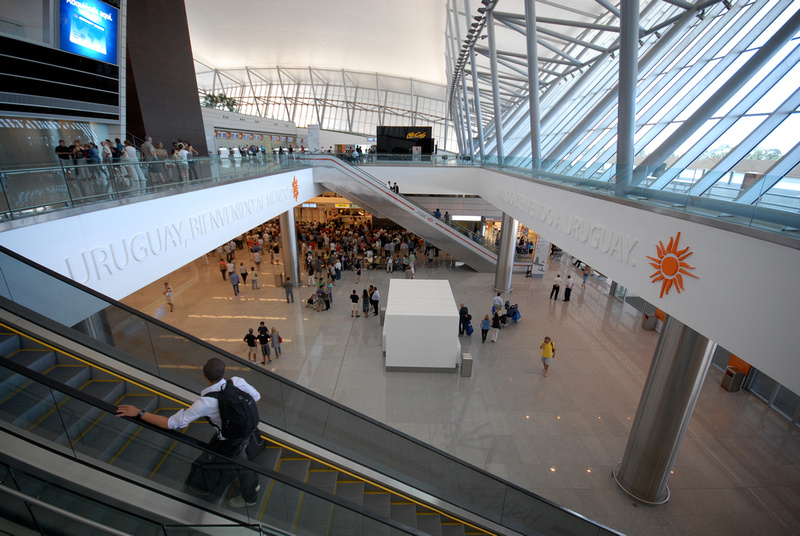 On the upper floor (the departure terminal) there is an enormous sense of space. Very high ceilings and lots of glass contribute to that. With a capacity of handling 3 million passengers per year, this airport is a major improvement over the older terminal.