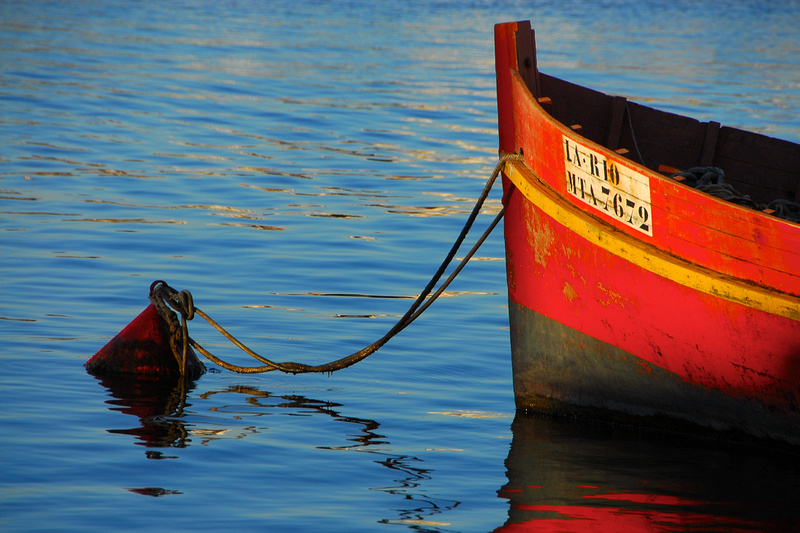 The port of Punta del Este is officially called "Puerto Nuestra Señora de la Candelaria", which roughly translates to "Harbor of Our Lady of the Candle". It was discovered on February 2nd of 1516 by Juan Díaz de Solis. The name "Señora de la Candelaria" refers to an old legend where the virgin Mary supposedly appeared before two shepherds on Tenerife in 1392. The most important church in the peninsula is also named after this.

The harbor is home to two very different types of boats. On the one hand there are the little fishing boats that go out every day onto the ocean with their seemingly underpowered engines, and on the other hand you'll find luxurious yachts in all kinds and shapes, sizes and price ranges. Tourists enjoy day trips to nearby destinations like Casapueblo and Isla Gorriti (of which I'm sure I'll add blog posts in the future). 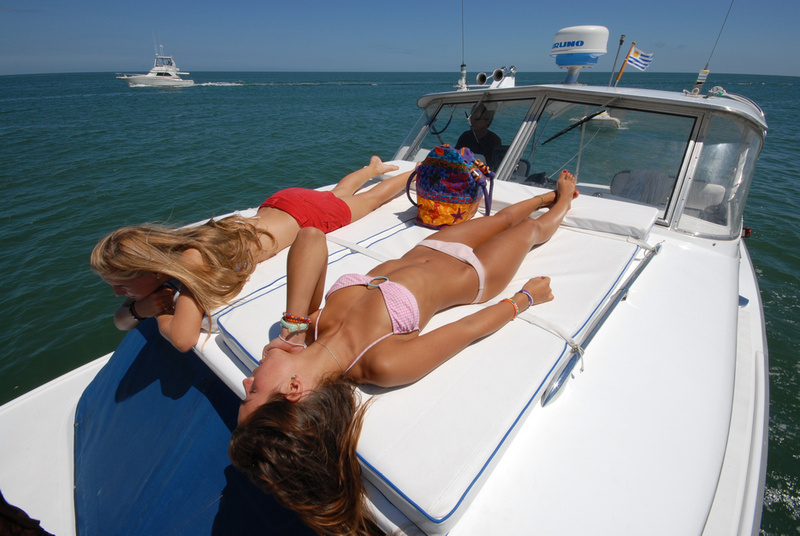 The harbor is not only interesting to visit on sunny days. To me, and I guess to many people, harbors in general offer a certain mystique on basically every time of day and any type of weather. The photo below shows the entrance of the main pier of the harbor on a foggy morning. 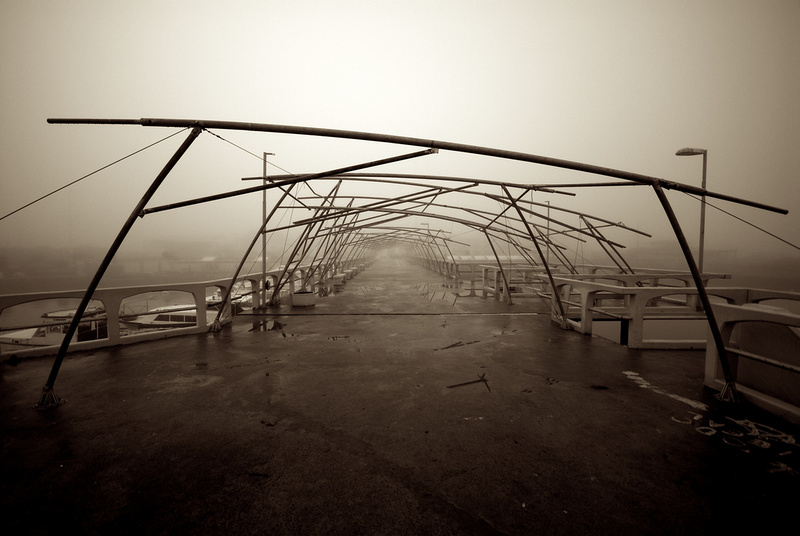 Not only homo sapiens enjoys the harbor. Another frequent visitor is the sea lion. They come in from Isla de los Lobos, a small island about 8 km's from Punta del Este which is the home to the largest colony of sea lions in the Southern hemisphere. There are around 200.000 sea lions living there. The harbor is like a restaurant to them, with fishermen throwing the unusable parts of gutted fish into the water. In the photo below a sea lion takes a dive after I disturbed him during his morning sleep. 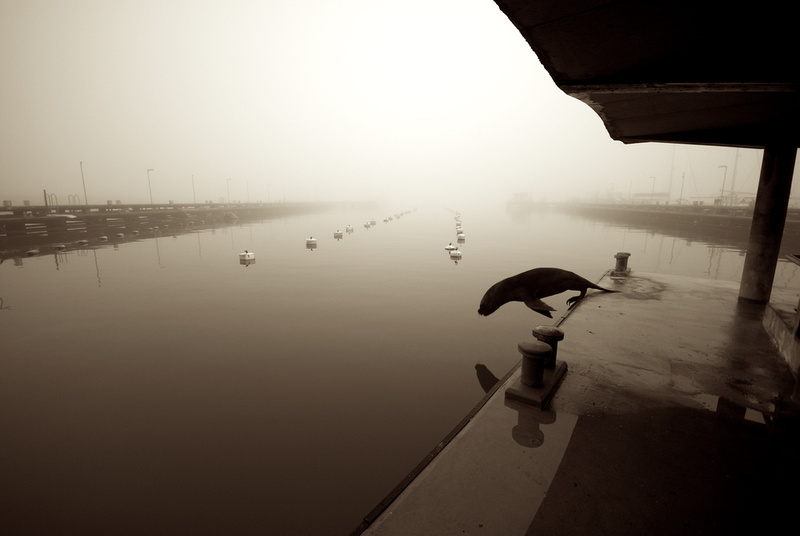 I must go. My people need me.

More photos of the harbor of Punta del Este can be seen here.