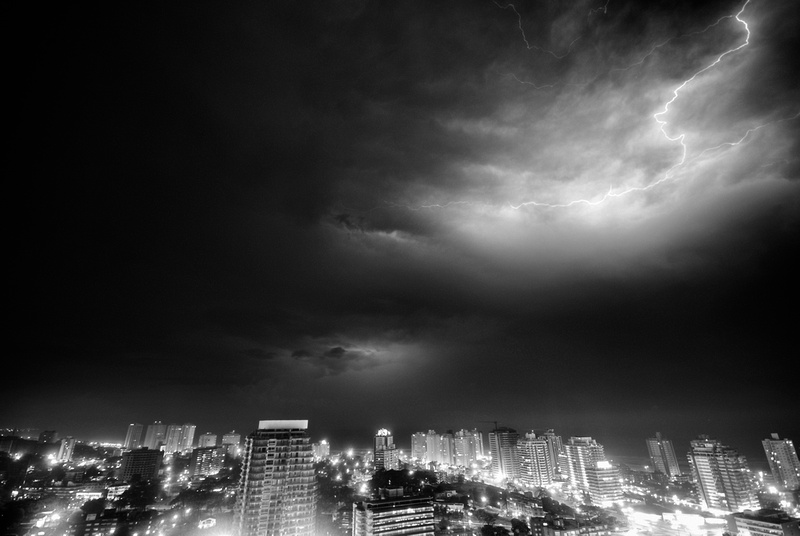 Tonight we had lightning in Punta, so I asked some friends of us who live in a building near the Mansa beach if they could lend me their rooftop to take some pictures. I was a bit too late, the most intense part had already past, but even so it was still quite the spectacle. I actually like the photo above in black and white, but there's a color version as well. 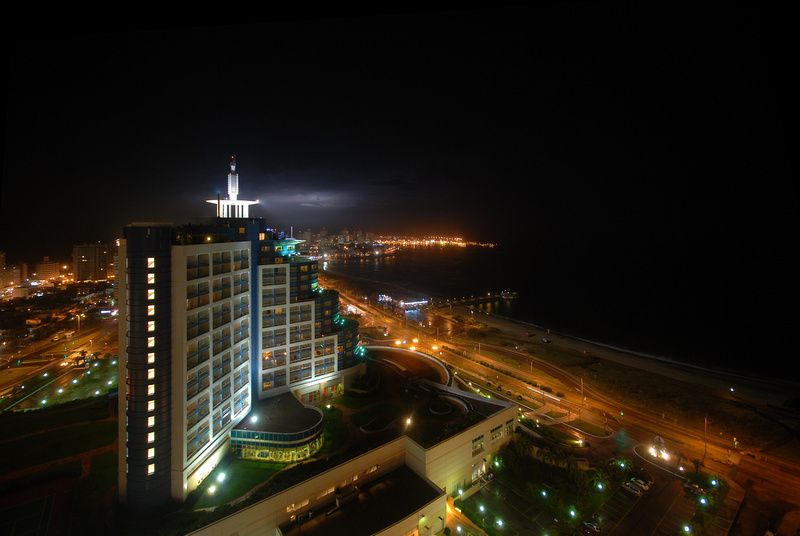 Lightning behind the Conrad

Regretfully, most of the lightning took place over the city part of Punta del Este and not so much over the Rio de la Plata. In the photo above of the Conrad hotel you can see some lightning though. There is not that much lightning but the view makes up for that. Even so, I prefer my lightning shots more spectacular, such as this photo I took a few years ago: 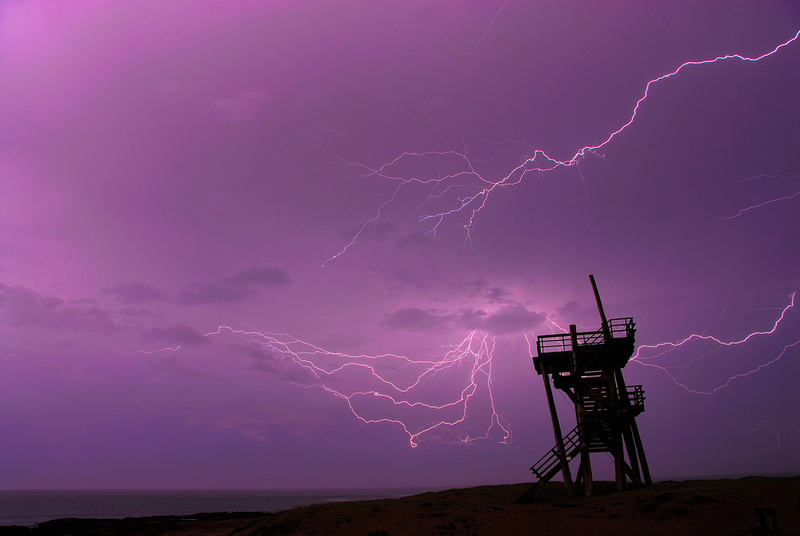