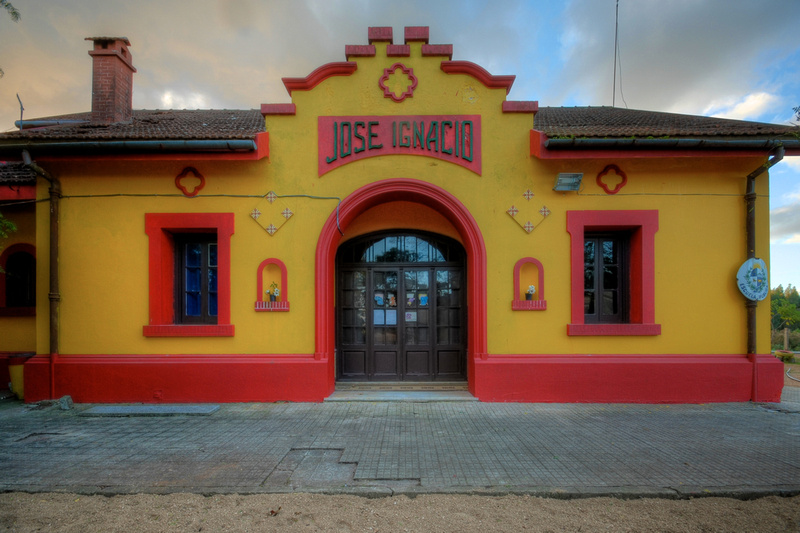 Entrance of the old station

The building above is the old train station of José Ignacio. It lies in the middle of nowhere, nowhere near the current resort town that carries the same name. In more glorious times, the train station was one of the stops of the track that connected Montevideo to Rocha. The construction of this track started at the end of the 19th century and was originally exploited by a company called Ferrocarril Uruguayo del Este (Uruguay Great Eastern Railway).

The last time the track was utilized by a passenger train was on January 2, 1988. That day all passenger trains in Uruguay terminated their service. Since 1988, only certain railways are being used, and then only for freight. From the state of the rails near this station, I can safely conclude that José Ignacio is no longer part of an active railroad system. 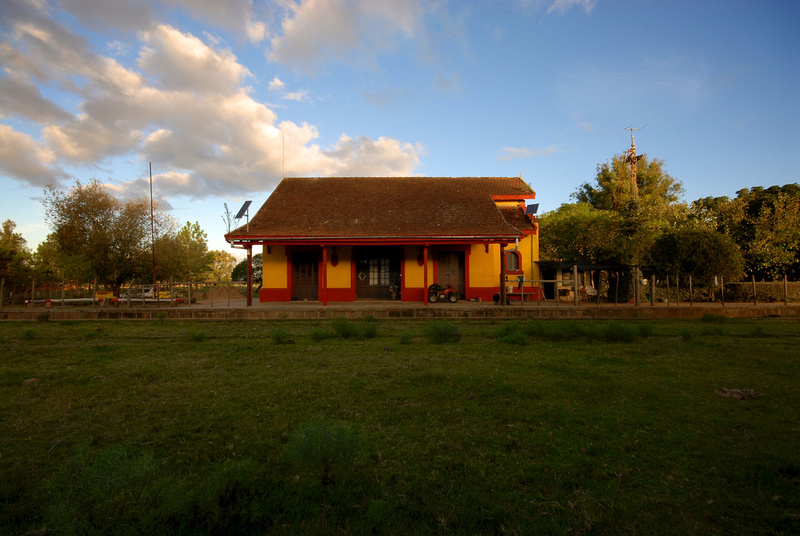 The rails in front of the station are completely overgrown

Currently, the train station serves as a public school. I've been told there are exactly 2 students. I hope to be able to go back there one day and take pictures when the school is in service. In the photo below you can see the playground with the train station in the background. 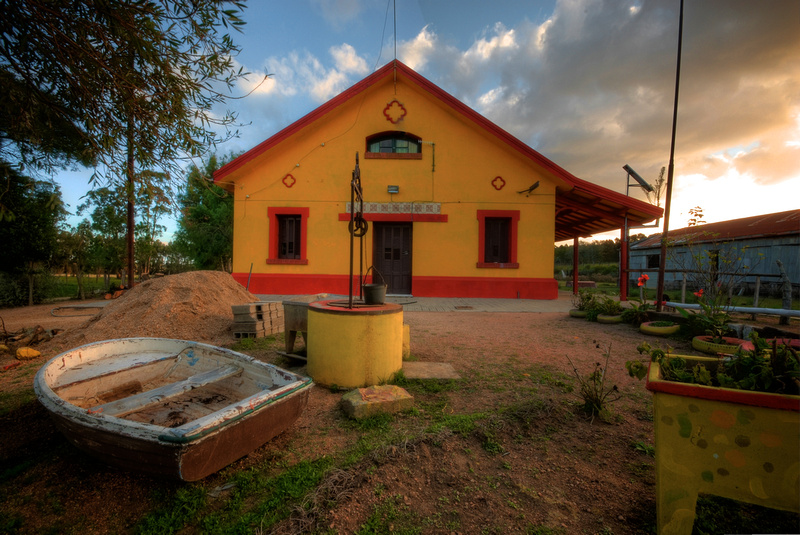 The old school, which has been abandoned since a long time, sits forgotten on the other side of the street. Luckily for me, abandoned buildings provide nice photo opportunities. 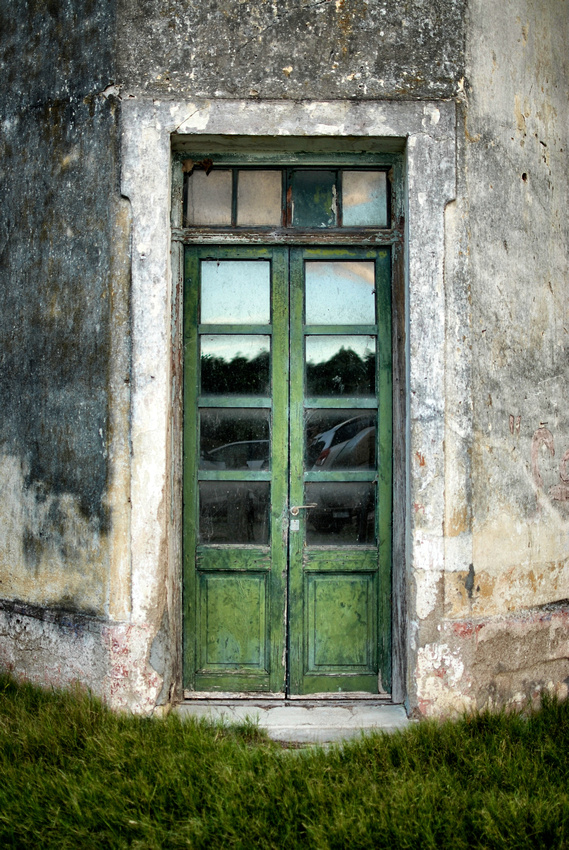 Front door of the old school