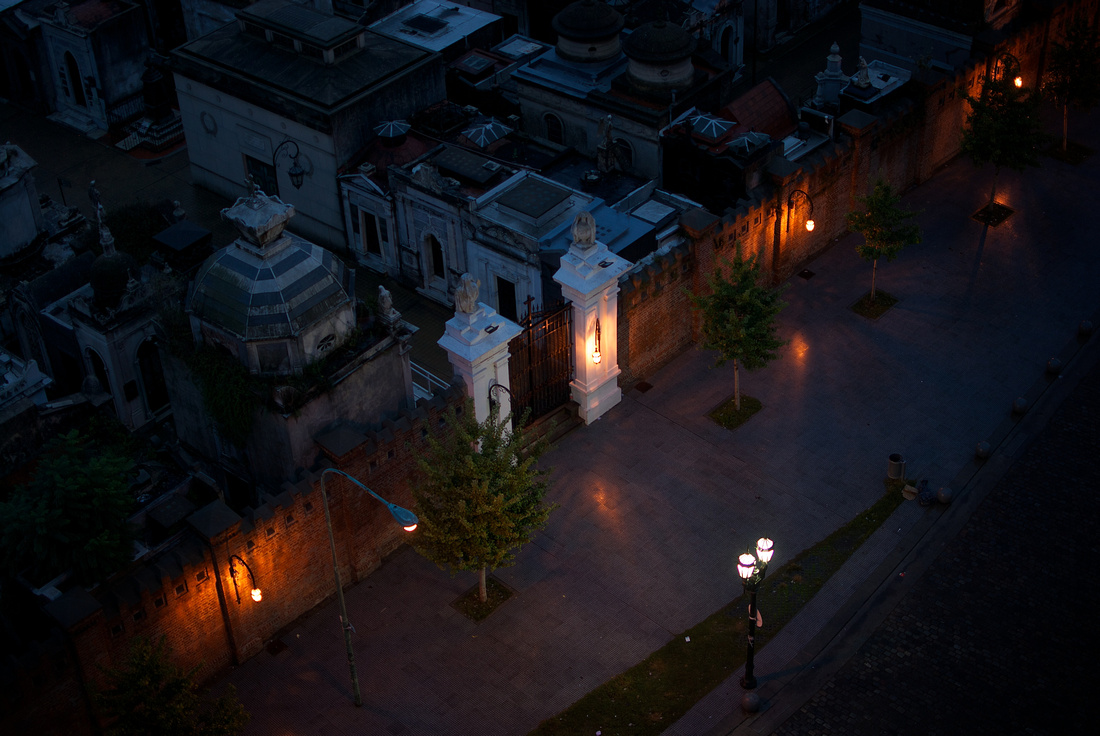 It's a thin line between life and death

Recoleta Cemetery, called "Cementerio de la Recoleta" in Spanish, is a famous cemetery in the Recoleta neighborhood of Buenos Aires, Argentina. It contains the graves of notable people. The most famous person buried here is perhaps Eva Perón, or Evita as most people know her. The cemetery is also known as the "City of the Dead", and indeed one can't escape the urban feel of the place. It has streets and "houses". 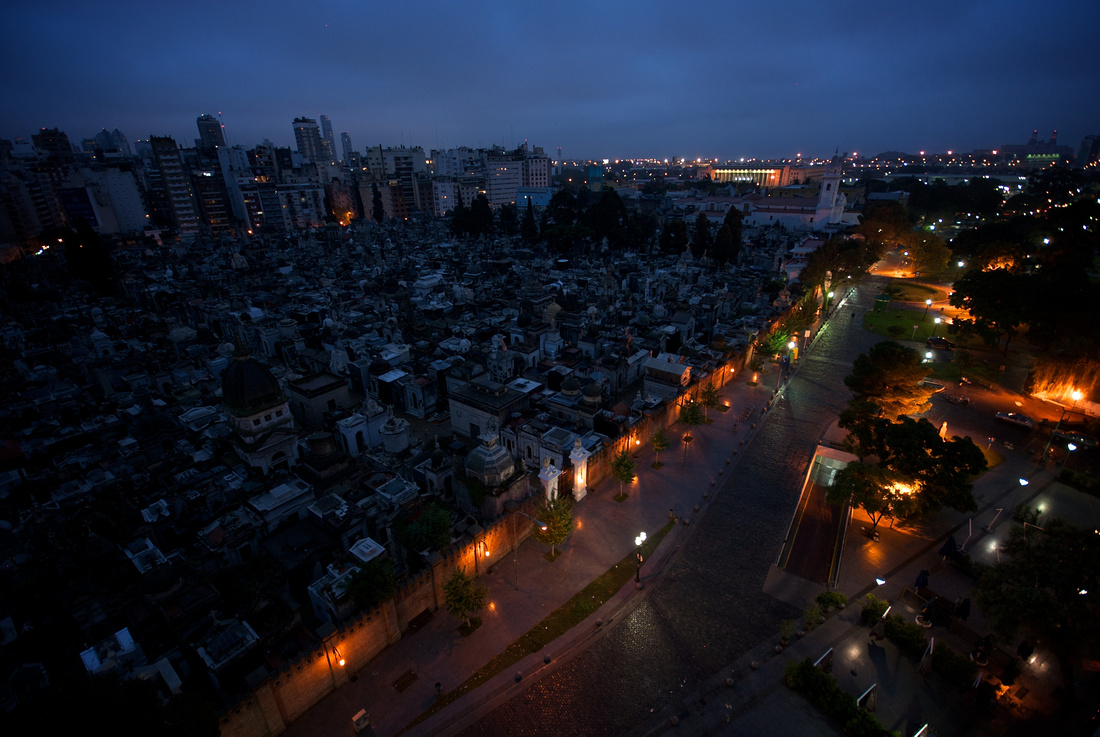 Originally, this wasn't a cemetery, but the garden of the convent and the church of the Order of Augustinian Recollects (Orden de Agustinos Recoletos), after which the entire neighborhood was named as well. The church, convent and its garden date back to 1732. The order was disbanded in 1822, after which the garden of the convent was converted into a cemetery (no pun intended). The church, called Nuestra Señora de Pilar, is still there and in excellent condition.

During the day, the cemetery can be visited. At night, the only way to get a view of the cemetery is from above. The photos here were taken from the 11th floor of a hotel on the other side of the street. Only a few lights are on in the cemetery, which gives it a ghosly glow (again, no pun intended). 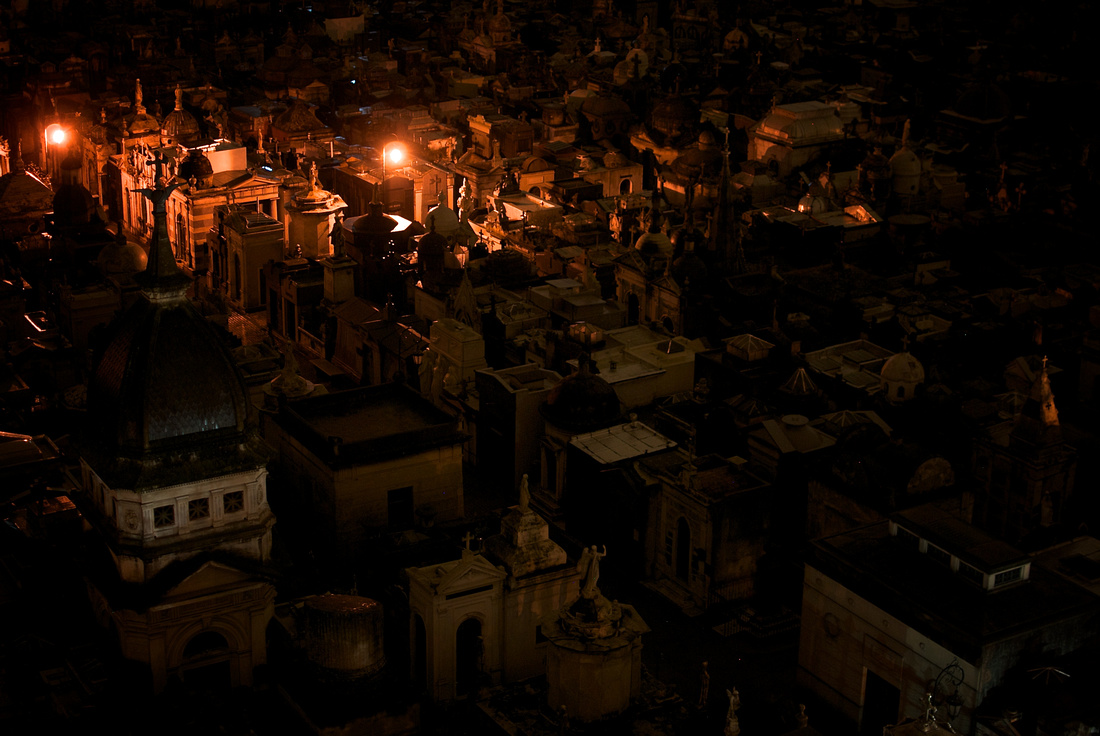 Reading lights for the dead

It's intriguing to observe the cemetery from this vantage point. In the morning, people start to walk by, on their way to their respective businesses one supposes. In the meantime, the inhabitants of the cemetery lay undisturbed in their final resting place. 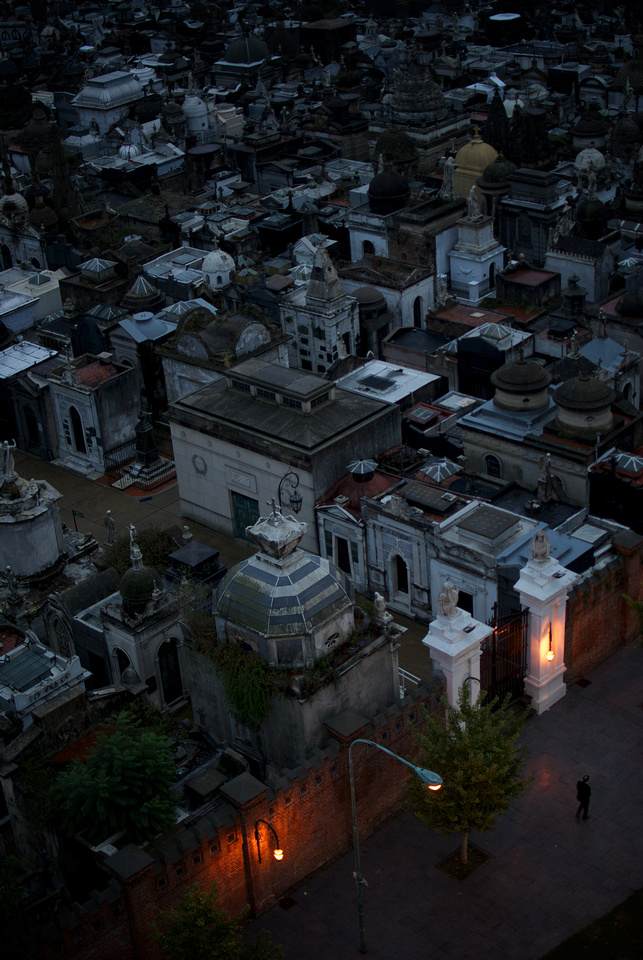