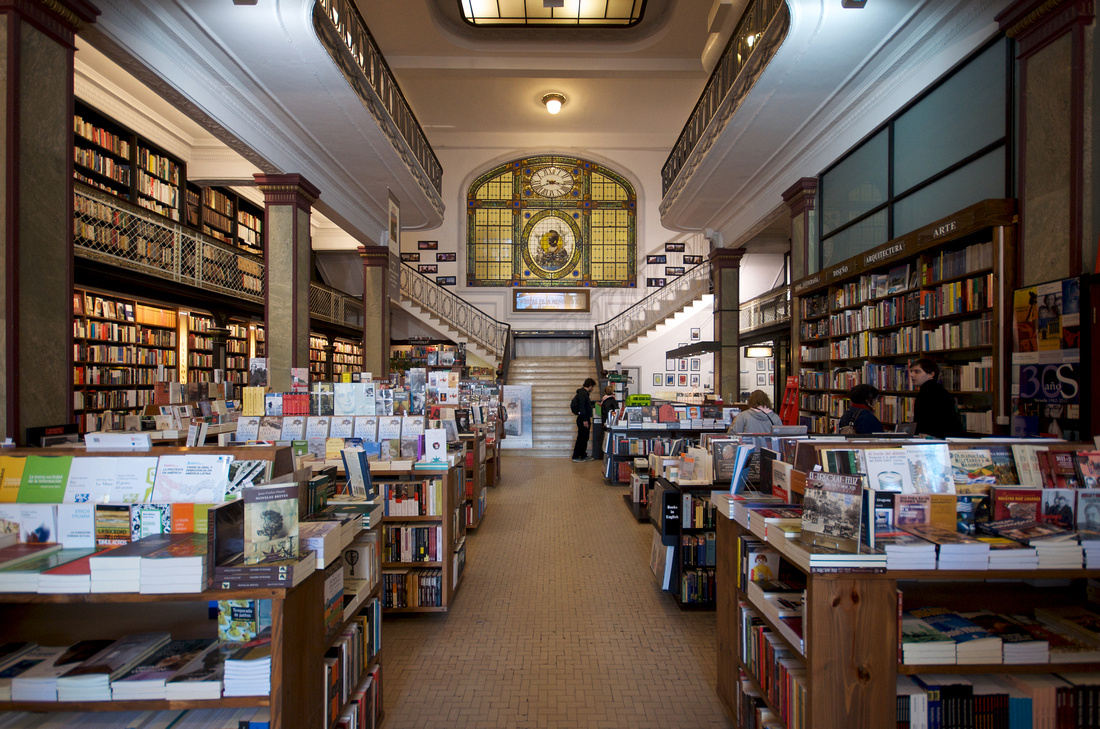 In the old center of Montevideo, there is a beautiful bookstore called "Puro Verso". It's a bit difficult to translate, because "Verso" means several things in Spanish. It means "verse", but it also means "story". I think it's best translated as "Pure Poetry".

Puro Verso is located in an old building in Art Deco style. Although not as spectacular as El Ateneo in Buenos Aires (a topic for another blog post), it's still an impressive place. Originally, this building wasn't a bookstore. It was built in 1917 by an architect called Leopoldo Tosi for an optician called Pablo Ferrando, which closed its doors in 1999. It was subsequently bought up by a Spanish investment group called Estudio De León-Berro-Alvarez. The building is considered national heritage. 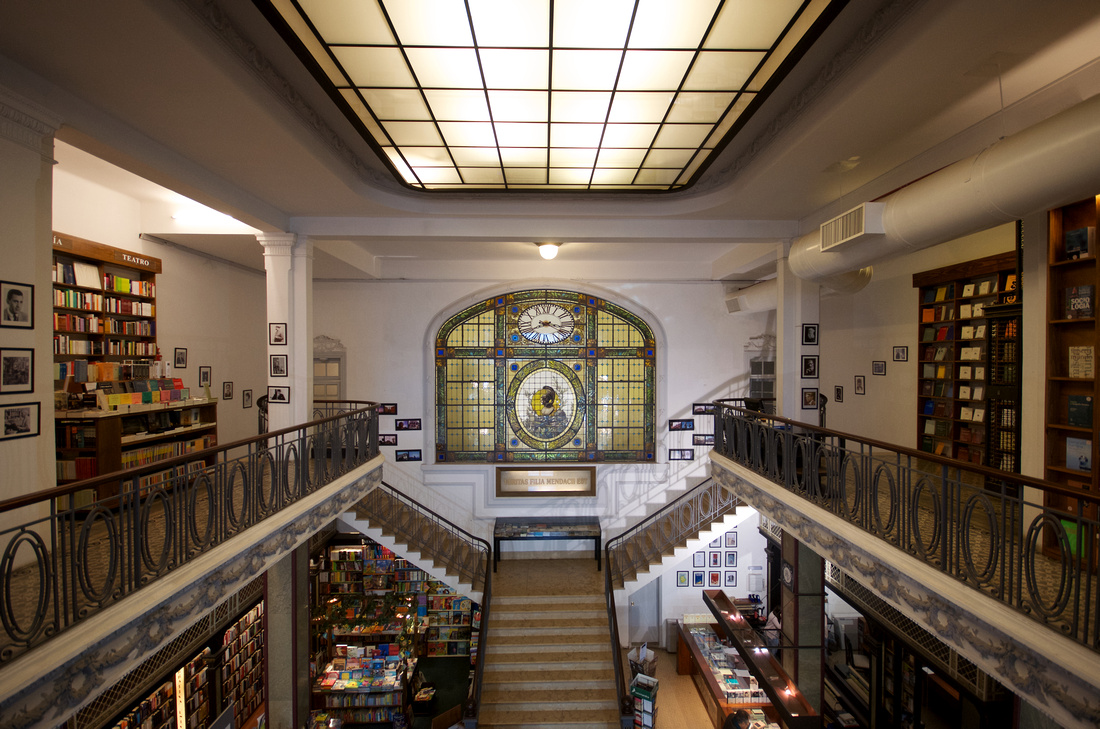 The great thing about this concept is that it's a combination of a bookstore, music store and a restaurant. As you can see below, the restaurant is located at the upper floor (you can see the lamps hanging from the ceiling). The restaurant is called "Más Puro Verso" ("More Pure Poetry"). 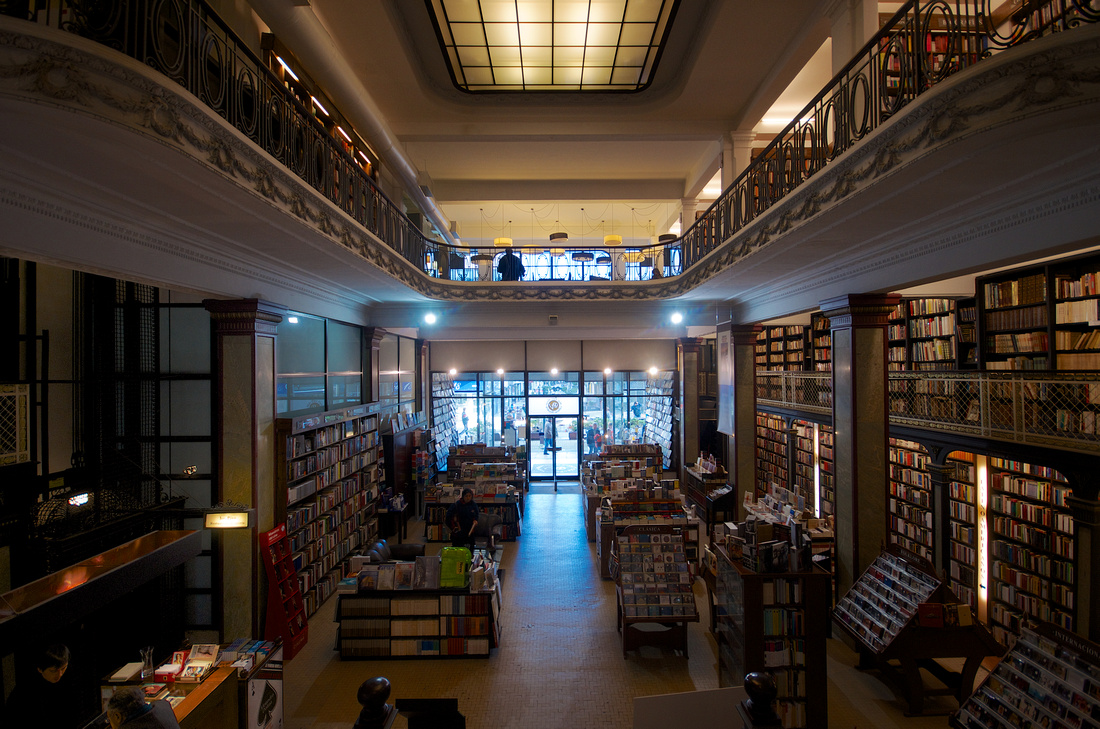 Combined with the classical music they play, the books that you can just read at your leisure in the restaurant and the nice view from the restaurant at the "Ciudad Vieja" (Old City) below, this is one of those "Zen" places where you can escape the noise of the city. A bubble of culture and peace. 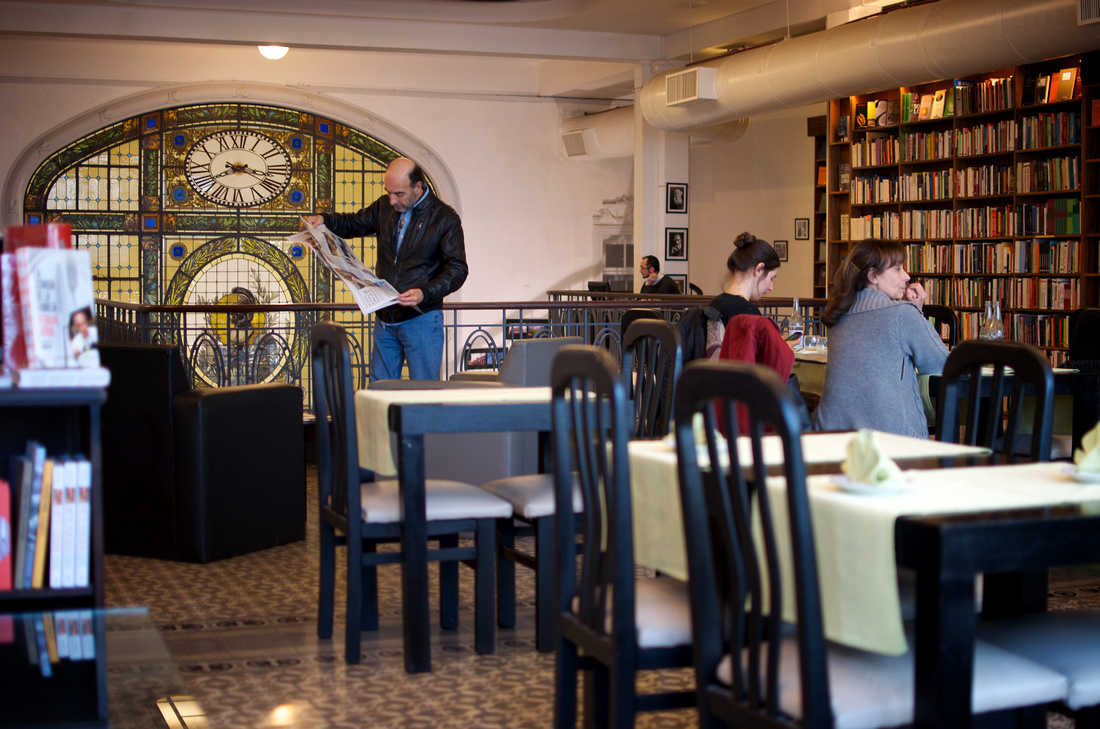 A bar in a bookstore

More photos here. You can visit Puro Verso at Peatonal Sarandí 675, from Monday to Saturday from 9 AM to 8 PM.